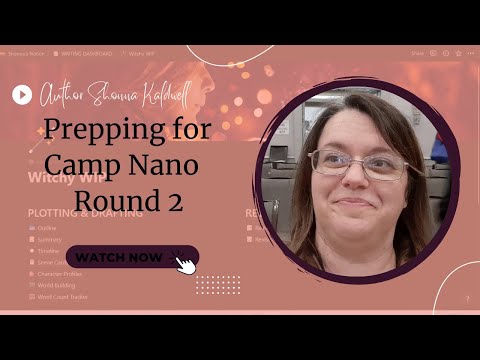 Prepping for Camp Nano Round 2 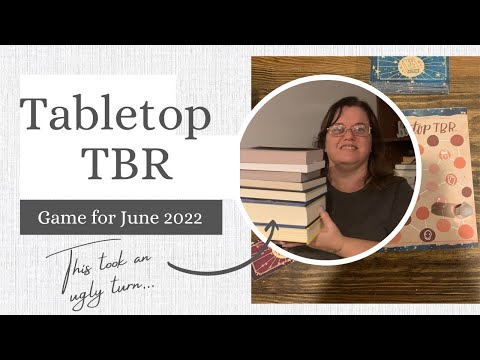 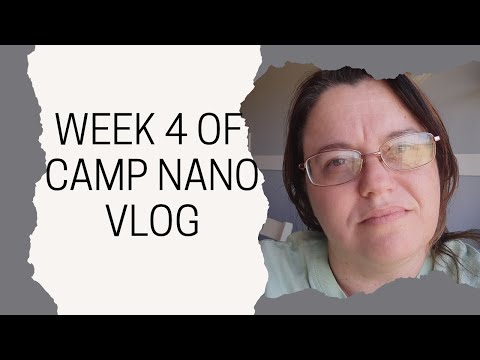 Final Camp Nano Vlog - How did I do?

Prepping for Camp Nano Round 2

Today is starting the first tip video that I'm going to give you all for July. Or not so much a tip video, I guess. It's my prepping for Camp Nano Round 2. I previously did it in Google Drive. So, if you followed April's Camp Nano, then you know the book that I'm working on, and that I had to stop writing it so that I could flesh it out a little more, do some more outlining, and plotting. Still working on that. It's a work in progress, but I've had so much going on the month of June. I didn't even get to finish my books for TBR. So I've put off TBR until after July. It kind of sucks, but what are you gonna do? It's just been a very business month full of appointments, mom stuff, husband stuff, and Comicon and lots and lots of stuff. Unfortunately, life has gotten in the way obviously, so I haven't finished that.

For round 2 of Camp Nano, I'm going to continue the plotting and the outlining process and then begin writing. Now some of it I'll probably write as I plot because I do have quite a big chunk already written. I've just got to add some stuff to it, but that's the plan.

I'd still like to get the 50K words done. That's not impossible. I've beaten NanoWriMo before so not impossible. But I'm not going to beat myself up if I don't hit that goal. If I just get the whole book fleshed out and get half that written, I'll call it a win, considering it's been 10 years since I wrote and I'm just now getting back into things.

I'm proud that I did finally get back into writing. I had quit writing for ten years because after my father passed away I was just not able to get myself back into it. I had no creativity inside me for almost ten years, not for writing anyway. Because that was something he and I shared, not so much the writing aspect, but we were both big readers and he loved reading my stuff. Which is funny because I don't write clean. My characters have potty mouths and what I used to write had sex scenes in them and my dad read all that. And he was a preacher, but he still loved my writing.

Anyway, today I thought I would share with you how I would lay things out in Notion as a way of prepping for Camp Nano. I'm using that this time around and I'm in the process of setting everything up and moving all my notes from Google Drive and Living Writer because I can do Notion for free while I was paying for Living Writer. And while I loved Living Writer, great platform, I like Notion better in how much I can really organize and connect things. I really like it. If you find this video useful and have me walk you through a process of how I set it up, just let me know and I will gladly make a video for you. I will say that I definitely took inspiration from Sarah Cannon and Brittany Wang. Watch the video for the way I have it all set up. :) Happy Camp Nano Round 2!